A question I’m often asked is “what’s the best tv box?” This is always a difficult question to answer because people often use their media/tv/streaming devices for different things. Some people will have a TV subscription to Sky/Virgin/DirecTV/Dish Network etc, and will use a streaming device purely for Kodi to watch some Movies and TV shows. Others, “cord cutters” like me, use their device to do everything; in my lounge I have my TV, sound bar and my streaming device. For those like me, our device is used for catch up TV services, radio, movies, live TV, Kodi and even games.

If you’re like person number 1 and just want a device to supplement your current TV service with just Kodi and maybe a TV catch up service or two, then I can safely say the Leelbox Q1 Android TV Box or Amazon Fire Stick would be more than sufficient for your needs. I’m basing this on what you’d need in terms of performance and storage, and I have a Leelbox Q1 Android TV Box in my bedroom which is where I only use it for Kodi.

In my lounge though, I have Amazon Fire TV. It’s super quick, has expandable storage and can handle everything I have thrown at it (in terms of media, not literally) 😉 It’s also very reasonably priced at around £65/$85.

In this article I’m going to break down why I recommend Amazon Fire TV. Yes my links to Amazon are affiliate links so I get a few percent in commission, but I also get the same commission for all the boxes I recommend, so I have no ulterior motive for my recommendations, and as someone who’s run tech and TV sites online since 1999, I also have my reputation.

So, why Amazon Fire TV? There are many reasons, but before I go into the technical reasons, I’ll break down the other reasons which may not be important to some, but are to me.

Below is the Amazon Fire TV Technical Specs from Amazon 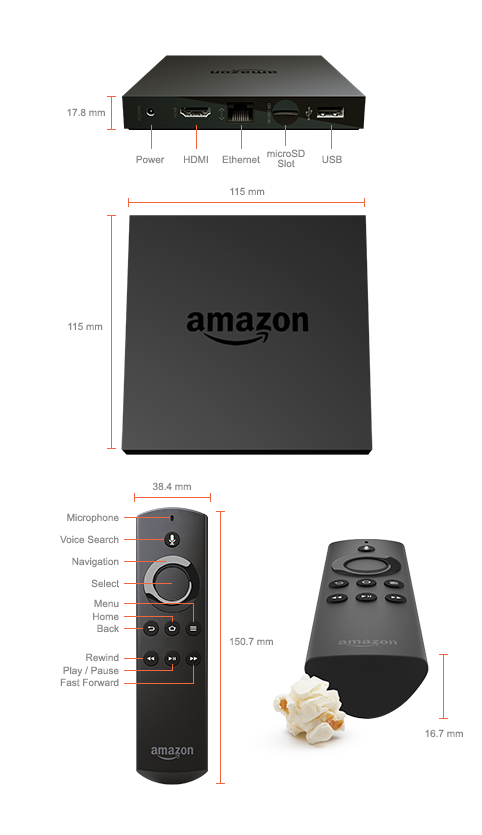 So, if I’ve convinced you, then head on over to Amazon and order your Amazon Fire TV today, I promise you won’t regret it.

Gavin - Snuuz Comments Off on Install Juggernaut Addon for Kodi